The two chair production run steams ahead. But first let's get our head around the back slats. I beveled the back seat rail and the crest rail to make them co-planer. This avoids a fitting epic for the four back slats. Without the co-planer bevel, the inside slats would be shorter than the outside ones (a bit of a mind bender, but yes they will be). I estimated the top and bottom angle using a couple of sticks, cut the bevels on the bandsaw, then fine tuned the bevel angles with a hand plane, until the back slat blanks (cross-cut at 90 degrees) sat nicely between the rails. I also make the crest rail mortise in the rear leg a hair longer than the rail mortise to allow adjustability. 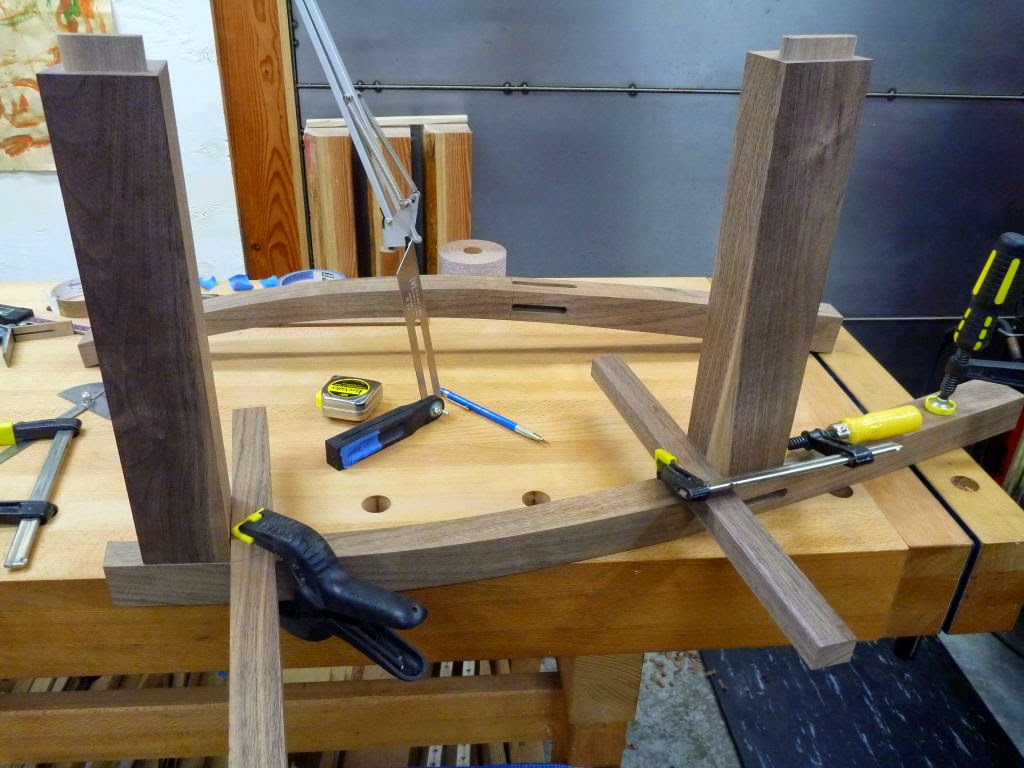 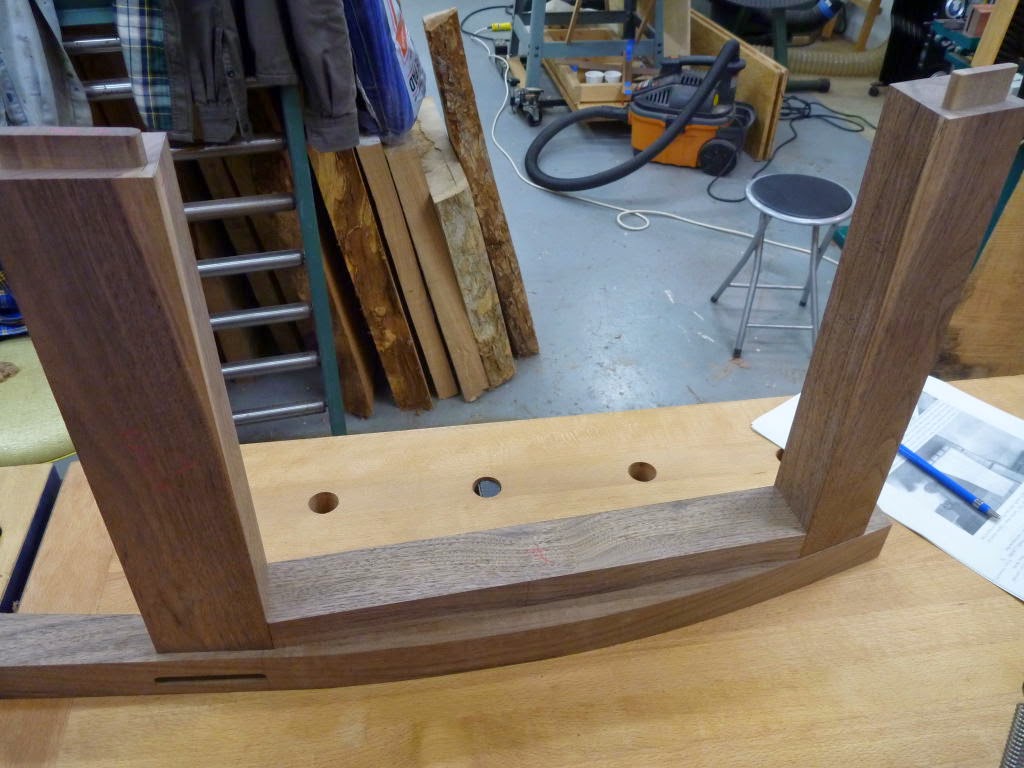 Here's some mortising footage. The pic below shows the set-up for the compound angle on the side rails. I mill a block to get me close to the angle, then use a block plane to cut a small bevel on the block until the rail sits down to the right angle. about as high tech as my jigs get. 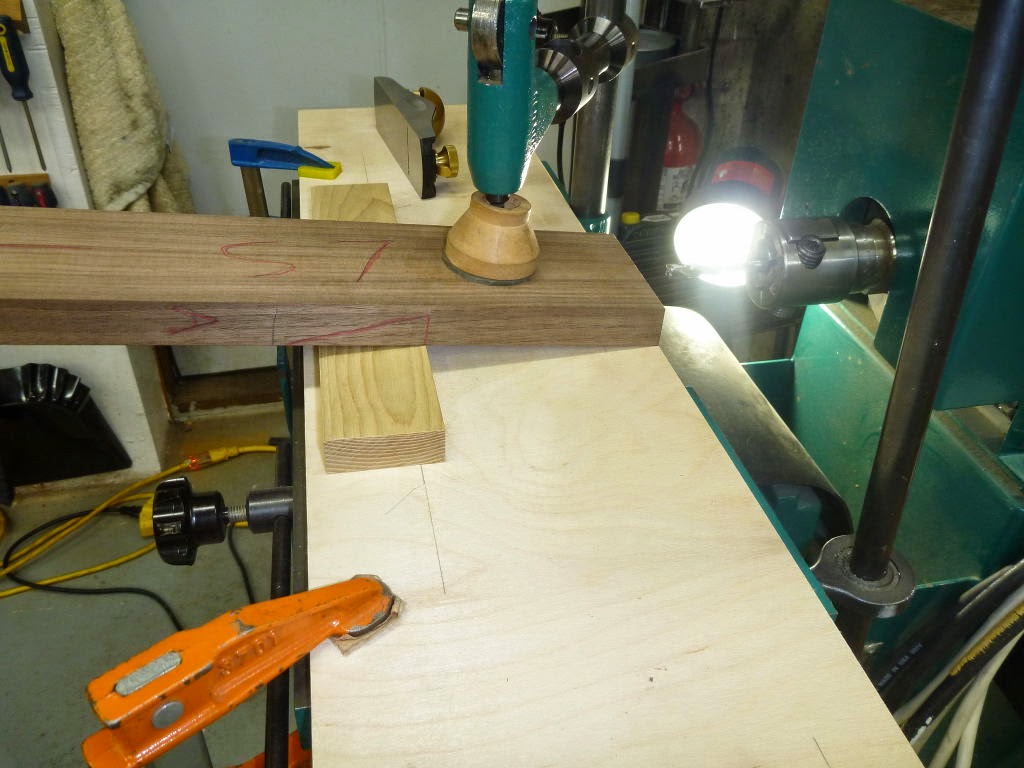 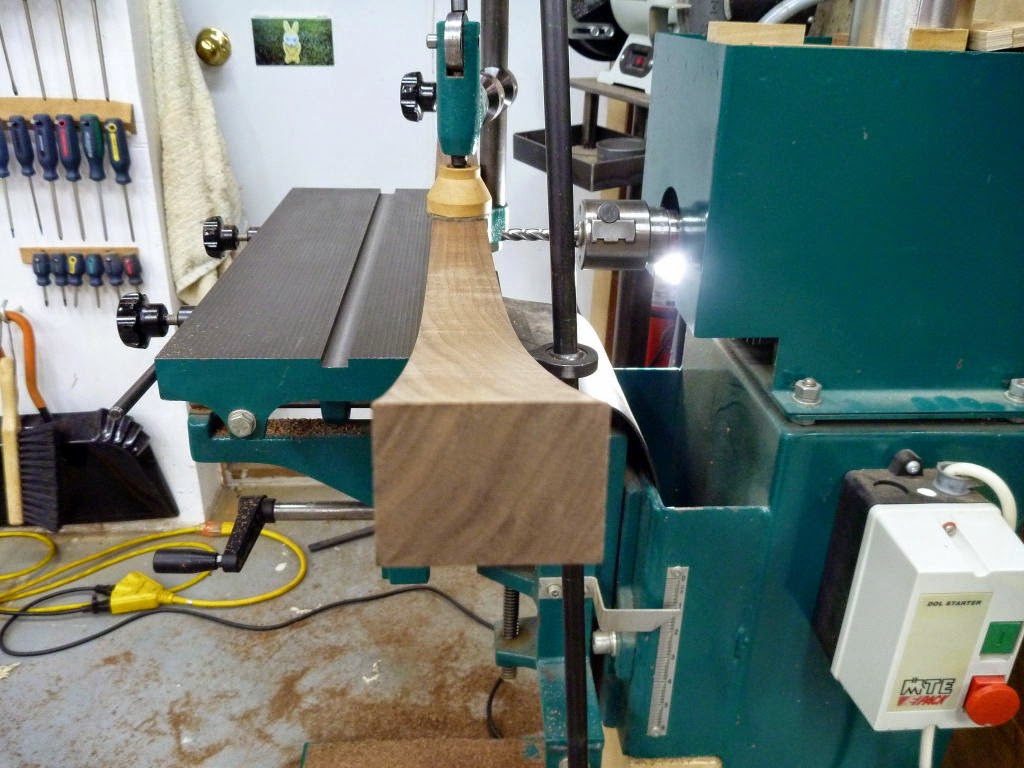 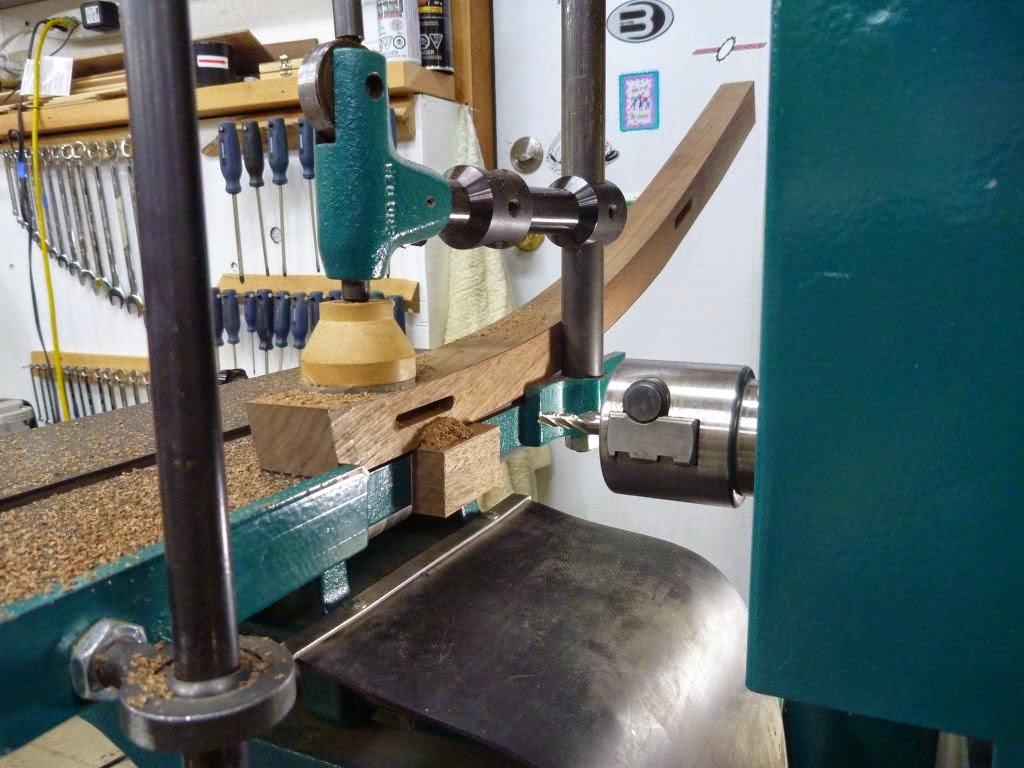 No jigs required. Here's the back slat blanks receiving their mortises using the bevel cut on the top and bottom rail. I used double stick tape to hold the rail and a stop block in place. 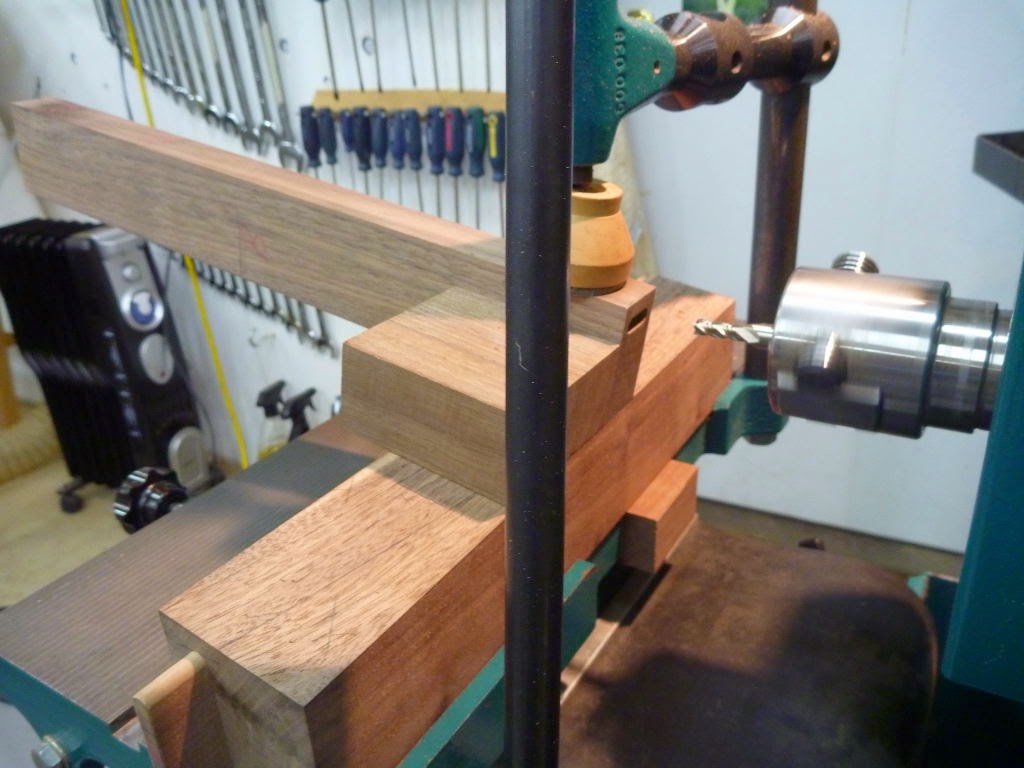 Back rail and crest rail get shaped and receive mortises for the back slats. Cut & clean the concave side first, it's easier to clamp on the bench. 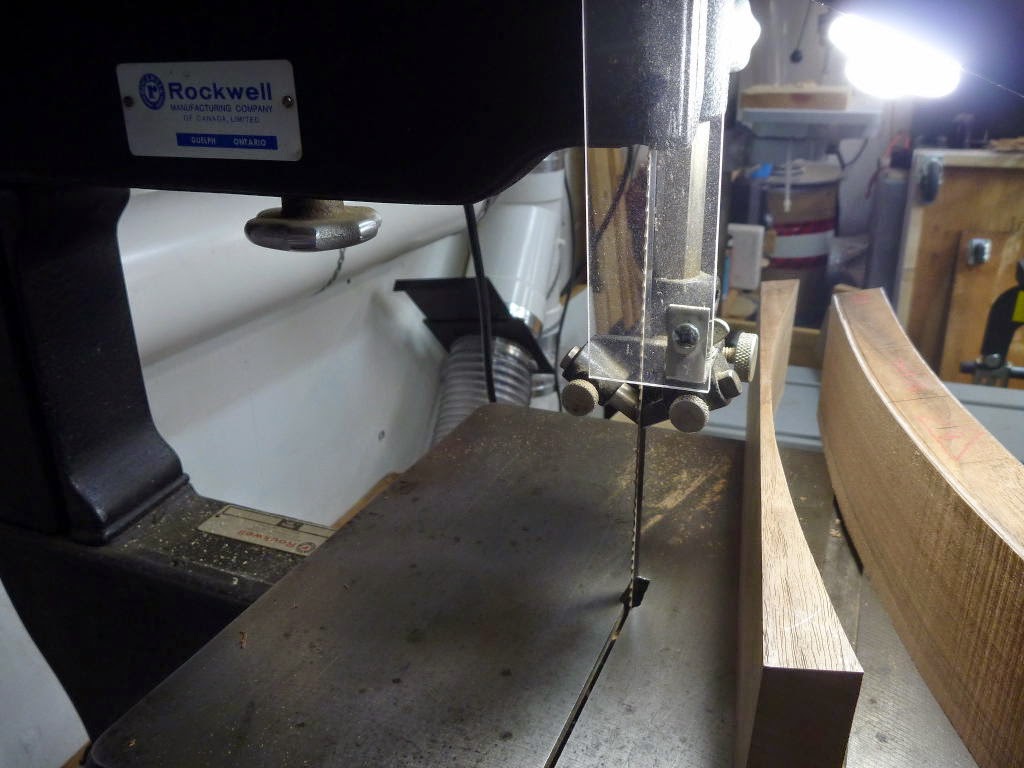 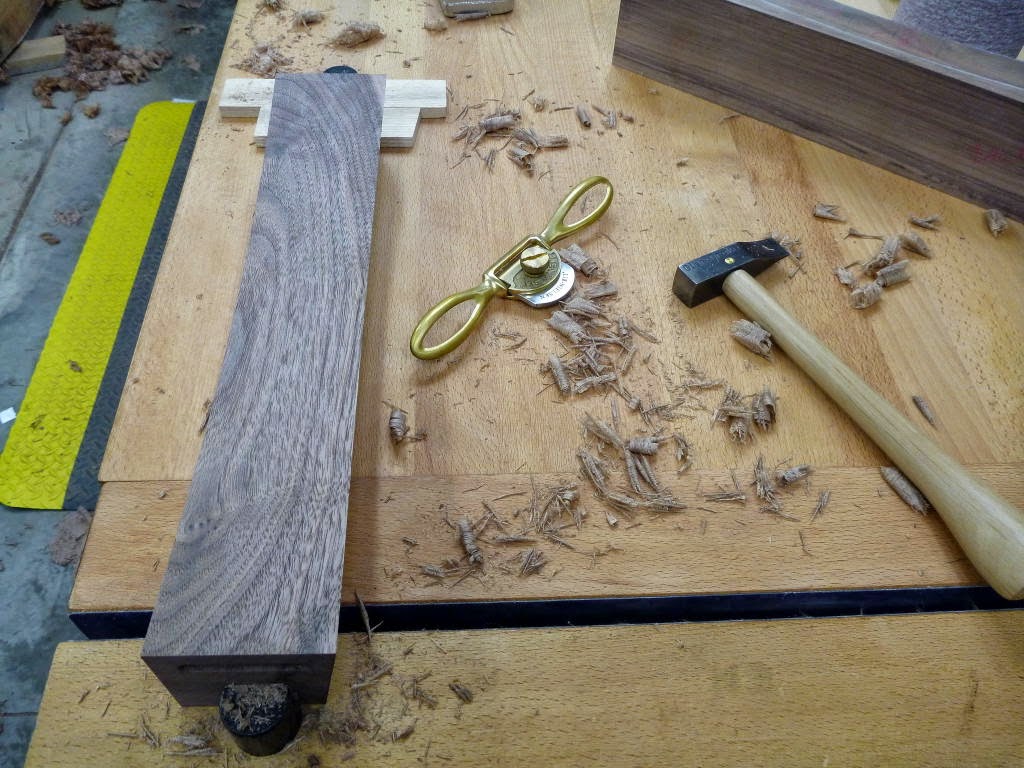 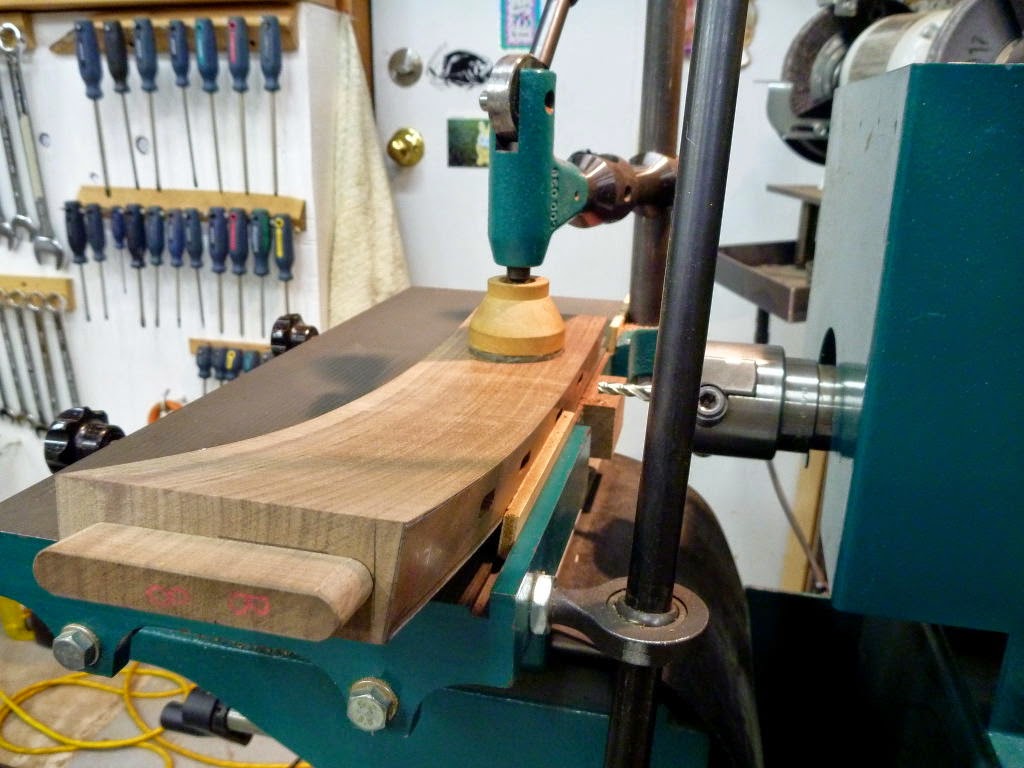 Email ThisBlogThis!Share to TwitterShare to FacebookShare to Pinterest
Labels: Chair #2.1