Putting the Easy into the Easy Rider

The Easy Rider prototype was looking for a more laid back stance, a chair that sits well after a trans-continental overland journey. You can leave your dusty leather jacket on before sitting Dennis, or take it off, whatever man. Keep the shades on. 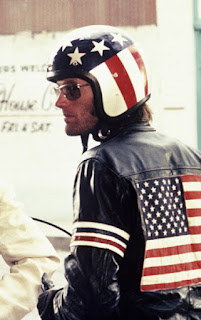 So I'm left staring at planks, laying out the new patterns, deciding where to cross cut. Don't underestimate the time and number of coffees involved here, there's no turning back after the sticks have gone through the radial arm saw. 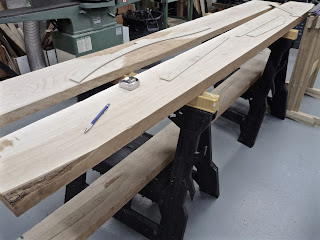 The Whiteside carbide 2" cut length spiral flush cut. Made in USA. Quality. Template routing to a curve always means cutting against the grain on half the work piece. No sign of chatter or tear out. 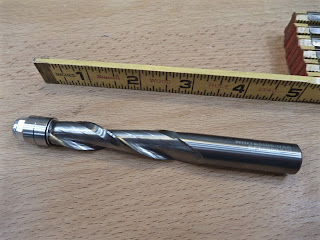 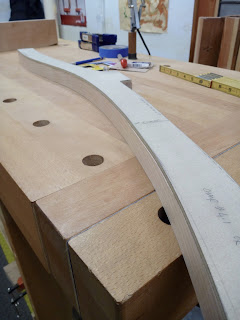 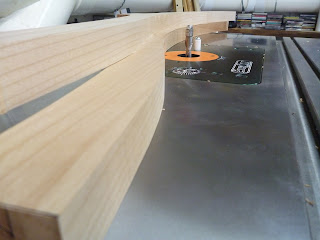 Prepping the joinery surfaces with the trusty block plane. 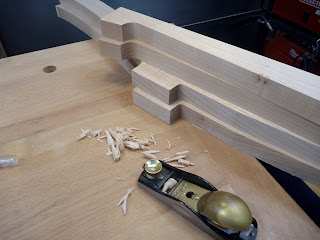 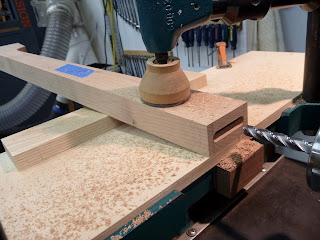 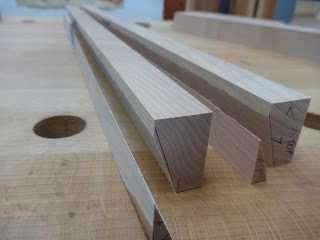 I changed the radius of the bent lamination crest rail, which meant making a new form. Instead of hand shaping the male and female forms, I thought I'd try something new. Cut & clean up the concave template first, then cut and shape the convex template to fit. It's a lot easier and more accurate to fit a thin template than the form itself. I also find it easier to fit the convex to the concave. Then load the Whiteside. 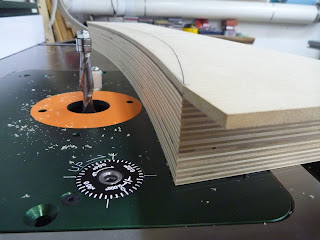 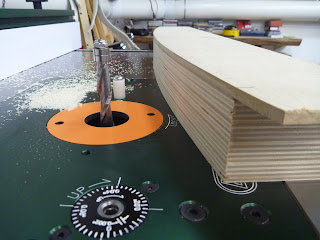 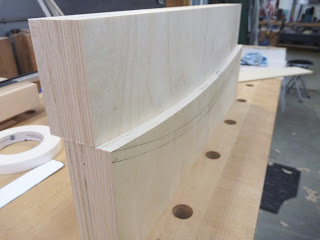 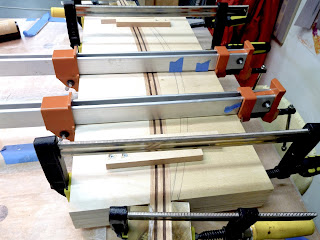 I'm going to go ahead and declare this the sweetest bent lamination glue-up this side of the Columbia. Damn that form came together nicely. Even put in the special wedges that centre the forms and also stops the lams slipping all over the place, just like Robert taught us.

It's always about this point when you realise the magnitude of the work that remains. A bunch more parts to come, and a whole universe of shaping. Yes, I introduced a S curve into the rear leg, so that I could raise the back. Something to do with lining up the spindles nicely with the crest rail. I had to consult the angle finding gimp while staring at patterns for hours, and images of every chair ever made. Also lowered the seat and arms. 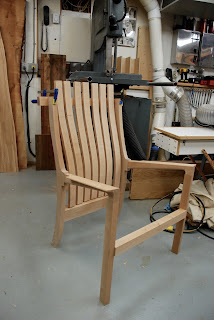 I was spying on Fender through the shop window, he's carving his initials into an offcut. 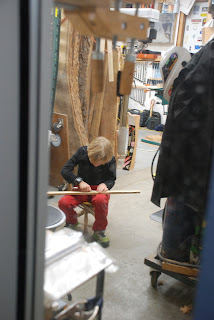 Email ThisBlogThis!Share to TwitterShare to FacebookShare to Pinterest
Labels: Chair #4.1