A couple unorthodox glue-ups and some gimping

Some pictures of a single leg end table I've been mocking up/prototyping. An interesting project because it has some crazy profiles and angles that took some figuring out. The leg is a lamination of two triangle shaped pieces. Thought I'd borrow another trick from the luthier, and use bicycle inner tube to clamp the glue-up. 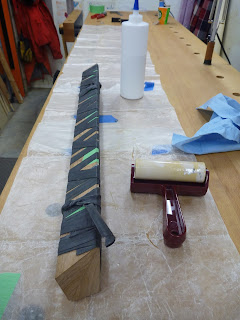 Get the gimp. Making the angled cuts on a leg that isn't square-shaped starts getting a bit weird. To cut the angle on the top and bottom of the leg involved taping on one of the off-cut that's I'd ripped off on the bandsaw (to make the triangle shapes) with the miter fence set to my angle. This was after much head scratching and many test cuts on a leg that was getting shorter by the minute, and then finally getting the angle finding gimp. It's all about how the leg is oriented when you present it to the blade. 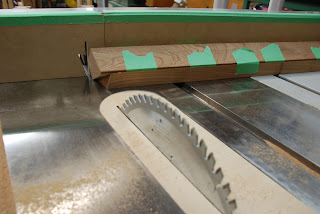 Another near impossible glue up to clamp using traditional clamps. For the mortise & tenon joints between the two feet and leg I used filament packing tape for great glue-ups. Who would have thought. 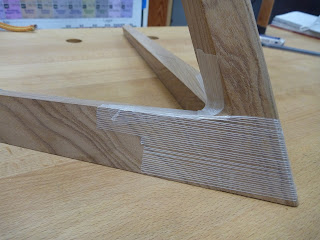 The table top getting glued up. 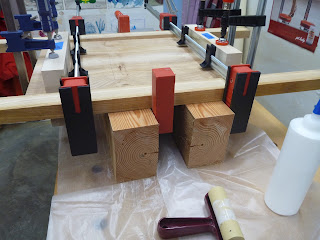 Planing the feet flush with the leg after glue-up. 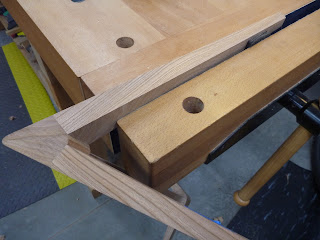 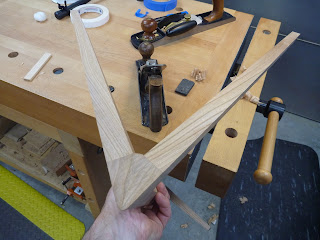 Same for the guys up top. 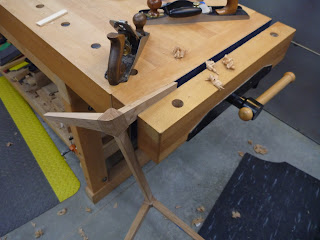 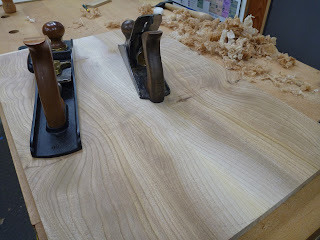 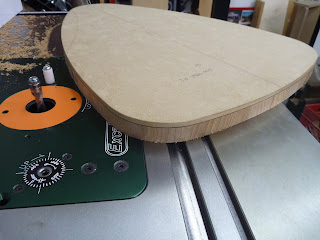 The trick with these  big bevel cuts is to slowly raise the bit height pass after pass. 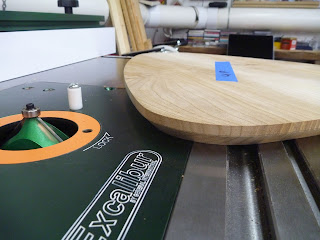 Table top to leg. Once every 10 years you'll use the full length of your floor standing drill press. 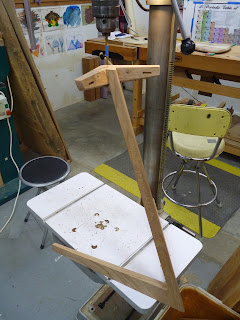 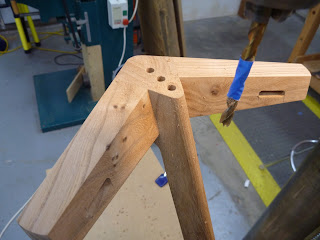 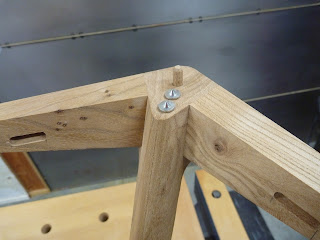